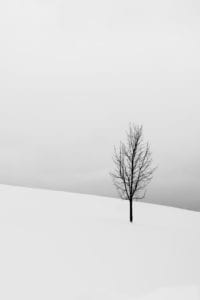 “Despair deaths” from drugs, alcohol or suicide have skyrocketed, reaching new peaks in the U.S., according to a report from Trust for America’s Health and Well Being Trust.

The national rate for deaths from alcohol, drugs and suicide rose six percent, from 43.9 to 46.6 deaths per 100,000. Deaths from suicides rose 4 percent, from 13.9 to 14.5 deaths per 100,000. And these “despair deaths” add to the more than one million Americans who died from these causes in the previous decade. The analysis provides insight into recent findings from the CDC that showed a downward trend in American’s average life expectancy for the third consecutive year in a row.

A Closer Look at the Findings
In general, drug overdose deaths drove the overall spike in “deaths of despair,” according to the report. And certain groups of Americans were hit harder than others, including:

While drug overdoses were highest among white Americans, there was a substantial increase in drug deaths among racial/ethnic minority groups, including Latinos, Asian Americans and black Americans. Between 2015 and 2016, there was a 39 percent increase in “people of color” due to drug overdose, noted Ben Miller, a clinical psychologist at Well Being Trust. “That is unheard of,” he said in a statement. Suicide rates also rose 10 percent among blacks, and 9 percent among Latinos.

Miller noted that the trends are related: “We can’t just look at the issue of suicide in isolation without tackling drugs and alcohol because the data show that they are related,” he said.

So what’s the solution? Trust for America’s Health and Well Being Trust proposed policies that mandate safe storage of medications and firearms, and responsible opioid prescribing practices. They also suggested increasing resources and support for programs that reduce the risk of addiction and overdose and that promote resilience in children, families and communities.

Signs of Fentanyl Overdose
Fentanyl-related overdoses were nearly unheard of only a few years ago. Today, however, the synthetic drug (which is 50 to 100 times more potent than morphine and heroin) is showing up in street drugs and making more headlines than ever before. Since 2013, overdose deaths related to fentanyl grew from 3,000 to more than 28,000. In 2017, deaths involving fentanyl increased nearly 45 percent, reported The New York Times.

Since a fentanyl overdose can occur within minutes of exposure to the drug, it’s crucial to learn the warning signs. This way, you can call 911 immediately. Note: Naloxone (Narcan), a medication designed to rapidly reverse opioid overdose, can work on fentanyl overdoses – but it may take multiple doses due to the potency of fentanyl. This is especially true when someone takes heroin or other drugs that are laced with fentanyl.

Help for Drug or Alcohol Abuse
The best way to prevent death from drugs or alcohol is to seek help for a substance use disorder. At our New Jersey-based rehab, we can help you or someone you love foster the changes needed for sobriety. Seabrook provides the tools and support needed for long-term recovery success. To learn more about our addiction services, call today: 800-761-7575.